La Planète Sauvage is a 1973 animated SF film directed by René Laloux and written by Laloux and Roland Topor. Topor also completed the film’s production design and it was animated at the Jiří Trnka Studio in Prague.
This animated classic with a cult following is a fantastic surreal journey into the world of hallucination and cruelty, which is at the same time rich in imaginative and heartwarming animation of extraordinary beauty, as seen through the prism of a dreamlike, hypnotic, visual spectacle. It is a story about a faraway planet Ygam, where the highly-developed androids Draags rule over the tiny humanoids Oms. Treated as vermin, Oms wish to be free and go on to conquer their freedom. The film tackles the issues of freedom and right to equality, and is open to interpretation, erasing the differences between the existential experiences of man and beast. 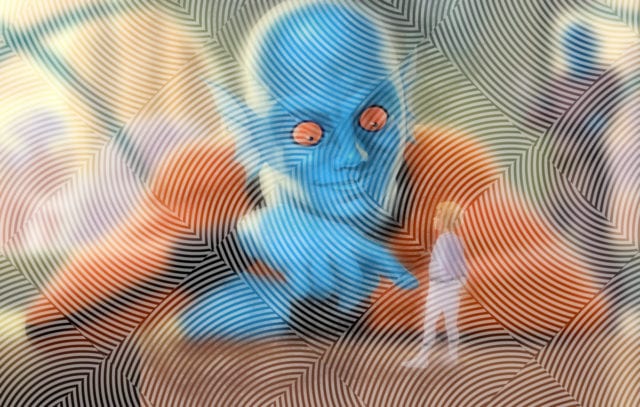 One accidental encounter between film director Rene Laloux and surrealist painter Roland Topor (who started Mouvement panique with Jodorowsky and Arrabal) will result in bringing Wul's novel “Oms en Serie” (1957.) to the big screen as “La Planete Sauvage”/”Fantastic Planet”. Who were Laloux, Topor and Wul, what story did the novel tell and how this classic film came to life? Find out before the screening because we are bringing film enthusiast Silvestar Mileta and Hangar 7 chief editor Davorin Horak who recently published Wul's novel as a part of “Fiction – past, present, future” European project.

René Laloux (1929 –2004), born in Paris, was a French animator and film director. After studying at an art school, he worked in advertising for a while, and then got a job in a psychiatric institution where he began experimenting in animation with the help of the interns there. It is at this same institution that he made his Les Dents du Singe, in collaboration with Paul Grimault’s studio, and using a script written by the interns. He often collaborated with Roland Topor; the two made three films, including his most famous animated feature film, La Planète Sauvage.